The charity was founded in 2015 in answer to a pressing need to support our Veterans with PTSD; we are passionate about helping our Armed Forces and Emergency Services and passionate about dogs from rescue… we want to change lives for the better, two at a time!

In 2018 Service Dogs UK won the Soldiering on Award for Animal Partnership and also became ADI/ADEu Candidates with the clear aim to become full members in the coming year.

We have a team of like-minded people from all walks of life, all with a serious passion for improving the lives of PTSD veterans from the Armed Forces and Emergency Services; whether injured on the front line abroad or at home and for rescue dogs.

We have been very lucky in attracting wonderful sponsors, fantastic dog trainers, fosters, volunteers, fundraisers and others who have joined us in making the difference.

We operate our South Coast Programme in West Sussex which serves Sussex, Hampshire and Surrey along with our other two Hubs based in Somerset and Suffolk. 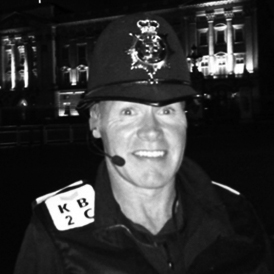 Garry served in the Royal Navy for 6 years before joining the police and is from a family with strong connections to the military. As a frontline Police Sergeant, he has policed G8 and G20 conferences in Scotland, Ireland and Wales and the London Riots. he has been involved in several major crime investigations including high profile murders and terrorism cases. He was the Team Leader for the Sussex body recovery team in the immediate aftermath of the Shoreham Airshow crash in 2015.

He has a keen interest in dogs and their welfare and has introduced microchip scanners to his force. He developed a pilot project for veterans with PTSD to work with dogs to help comrades and colleagues. As a result of his determination to learn more about the positive effect specially trained dogs have on PTSD sufferers he was awarded a Winston Churchill Memorial Trust Fellowship to research the subject in the USA and Holland in May 2015, to read his travel blog click here.

Garry is a Sussex Armed Forces Network ‘Champion’ for the police and is also a Mental Health First Aider within the organisation. He is passionate about providing help and support for veterans and colleagues in both the armed forces and emergency services and reducing the stigma surrounding mental health. He is the co-developer of the first Police mental health app, Backup Buddy. He joined the National Police Wellbeing Service on secondment and leads nationally on the Wellbeing and Trauma Support Dog initiative which he developed.

He lives by the sea in Hampshire with his rescue dogs Max and Poppy and enjoys running, fitness sessions and paddle boarding. 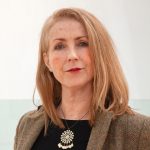 Donna is an integrative Psychotherapist (UKCP Registered) and a trauma specialist, with over 30 years experience of working in the NHS – having originally trained as a nurse, then as a psychotherapist.

Donna is a published author – co authoring a book on mental health and well-being.

She has a strong connection to the military, with her family having served in the Allied Forces.

Donna has a lifelong passion for animals, especially dogs, and has been the owner of rescue dogs in the past.  Her grown up son, step children and family, are all animal lovers, and share the joy and love it brings to their lives. Both professionally and personally Donna is acutely aware of the healing nature of the human/ animal connection. 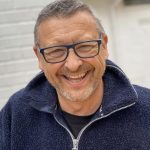 Paul has enjoyed a 35 year career in International Finance Technology as both a business owner and executive leadership. He currently leads the commercial arm of a City based Fintech company.

Paul lives in Surrey with his wife Debra and has four grown up children. A former rugby coach and referee he is a long suffering Harlequins Rugby and Portsmouth football fan.

Dogs have always featured in Paul’s family life. His wife is a current Service Dogs fosterer. 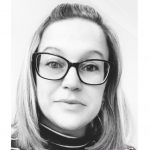 As a child her beloved dog Gypsy was her best friend and this love of dogs has carried on into adulthood, with her beautiful dog, Tilly. She also has two children, so life is always busy!

Charlotte is well aware of the strong connection between humans and their dogs, demonstrated by her father’s bond with his Patterdale terrier, Dash, following a serious car accident he was involved in a few years ago. The companionship between them along with Dash’s intuitive nature shows a level of compassion and empathy which highlights the significance of the human-canine bond.